The Red Queen by Philippa Gregory 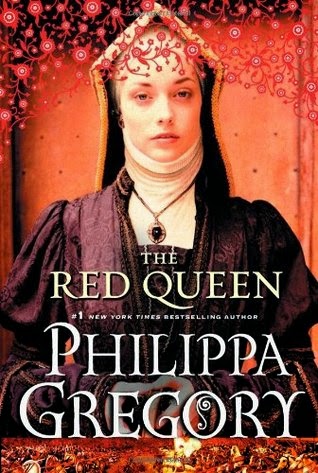 Despite the general opinion about her, I have always admired the sheer determination and strength of Margaret Beaufort. I personally think she was an earlier version of the "kick-ass ambitious woman" - a trait admired in men but so often hated in women!
The story follows Margaret from childhood until Henry VII became King. Historical fiction writer and researcher Gregory is brilliant at capturing the atmosphere during the tumultuous cousins war followed by the York kings' brief time on the throne. However, I couldn't help thinking the author favours Elizabeth Woodville and doesn't seem to like Margaret Beaufort much. Despite this, you cannot help admiring the character.
I did not like the constant "complaints" from Margaret in the book. I think, the author could have focused more on her very central role in fighting for Henry's crown. However, to be fair, the historical details are quite accurate and the characters' complexity is captured really well.
I was very happy that she painted Richard III in a much better light than other writers (thanks to Shakespeare). He is another character I quite like and indeed sympathise with. I could never help thinking the Tudors made such a monster out of him to suit their needs. His character, historically speaking, was nothing like Shakespeare's Richard III. The poor Son of York!
Overall, Gregory is brilliant in keeping it true to historical events (down to little details) and whether you like or hate Margaret Beaufort, you will love this book!
Posted by Unknown at 10:07:00