Winter Siege by Ariana Franklin
Rating: 4 out of 5 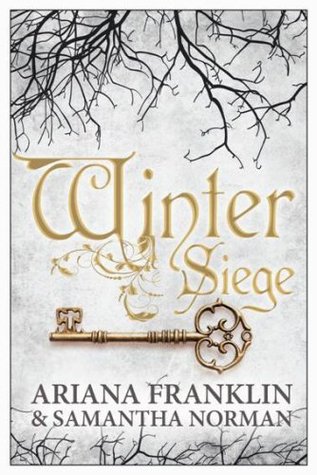 This story takes place in the years during the war between Stephen and Matilda over the English throne. The main protagonists are Gwil the mercenary and a brutally raped girl child (Penda) he rescues from death and whom he trains as an archer. The pair are trying to survive the harsh years of the Anarchy while they run into Empress Matilda on the run and take her to a castle (fictional) whose mistress is Lady Maud and her crippled husband.

During the rape of the girl, a piece of parchment is left with the girl, which apparently threatens the story's villain (rapist) who is an influential monk. However, this piece of the story didn't quite work out for me and its importance wasn't made very clear.

The book certainly brings to life the Medieval age and along with it all the hardships people had to face during the Anarchy years. The characters are very compelling though the main villain (the monk) is a bit two dimensional and not thought out very well. The book is well researched (although the siege takes places in this fictional castle) and very gripping.