KISMET: A DESI RHAPSODY IN LONDON by Shaheen Darr

KISMET: A DESI RHAPSODY IN LONDON
by Shaheen Darr
Rating: 3.5 out of 5 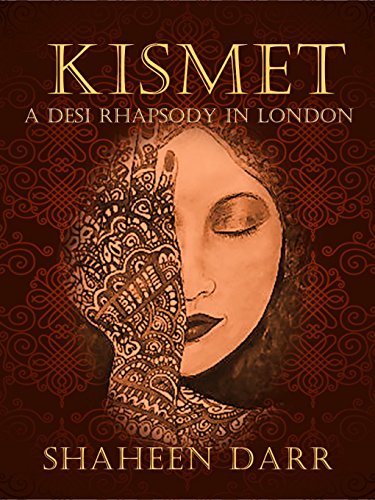 I seriously struggled with rating this book. On the one hand it is a good read and showcases the life of two immigrant Pakistani families in the UK, which I am not familiar with so it was alearning experience. On the other hand, I felt like I am reading a book set 100 years ago when women were merely considered goods to be traded and the complacency of the characters to accept their fate or "kismet" really wound me up. Coming from a Middle Eastern background myself, I have to say I struggled to understand these characters. I could not empathise with any of them

The book is set in Southall in West London. The main character is Azra, a single mother with a daughter, Sumaiyah, and is constantly worried about her daughter's wedding. The daughter is career focused (or so she thinks) until she decides to get married and then accepts the fact that going back to work should be a joint decision between herself and her husband! Other characters are equally irritating and probably more so.

So most women in the book accept their parents' decisions regarding their lives; getting married at 20 seems to be very important!; a girl's "reputation" can be ruined by dating; husbands and fathers pretty much decide for their wives and daughters; and oh, it's ok to take a man back when he walks out on you for over 20 years because he fell in love with someone else. All these issues are raised by the book. I know these issues exist but if you read the book it's written as if this is all ok! It's ok to live in modern day Britain as if you are living 100 years ago in some village! I don't get it. Not one character speaks up for this lifestyle. Well, it is a free country and to each his own but it was difficult for me to read and be understanding about it.

So would I recommend it? Yes I do think it's a good read and written well. but I just couldn't identify with any of the characters
Posted by Unknown at 06:59:00