by Lucy Sykes and Jo Piazza
Rating: 4 out of 5 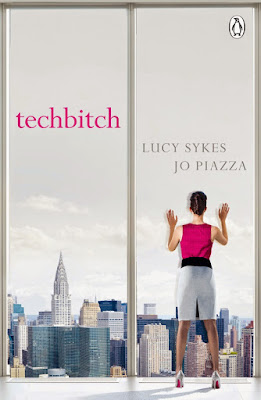 It is a very chick flick type of book but I just loved the combination of fashion and technology in it.

The main character is Imogen Tate,  an Editor in chief of Glossy, which is a high end fashion magazine located in NYC. The novel opens with Imogen's return to work after a lengthy sick leave due to breast cancer. Upon her return everything has changed - her magazine has essentially become an app! In addition, her old assistant, Eve, seems to have come back to run that app completely side-lining the non-technology savvy Imogen. Imogen basically has to adapt to the digital world or leave.

Eve's character  is .. hard to describe. I have never so thoroughly disliked a character in a long time. She is an amalgamation of bad bosses everywhere. She's a sociopath who overworks her employees, forces them to "have fun" with her and makes them sleep in the office. She fires people with no reason. She is a bad tempered, badly behaved and bratty boss who believes she is the epitome of the "new age" employer. It's almost hilarious if such bosses didn't really exist in so many workplaces!

However, Imogen's character really irritated me. She is supposed to be 40-something but cannot use a laptop/smartphone/social media?? I am not sure whether the authors were trying to be patronising but I know plenty of people of that age who are experts at technology. They should have had her age around late 50s or early 60s to make their point! Also she never seems to fight Eve over anything - why? She is Editor in Chief so do your job! She helps the employees but the moment Eve waltzes in, Imogen backs off. It was very difficult to empathise with Imogen. I did think Imogen was too nice for the ruthless corporate world but she is very good at her job and we see examples of that throughout the book.
Overall, I really enjoyed the book - not just for the fashion aspect but also for the tech aspect. It is also a great book for those who have had horrible bosses in the past.
Posted by Unknown at 09:46:00