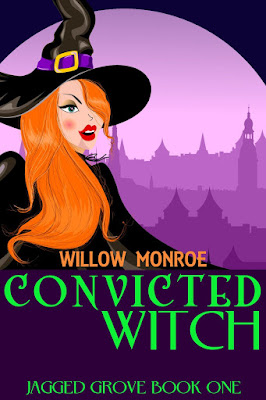 This is a good, albeit short, read for those interested in witchy novels. Characters are quite well developed for a short book (as per a previous review) but I was really disappointed at the loose threads and incomplete explanations left towards the end. It's like the author just wanted to end it. I know there are sequels but the ending could have been slightly polished.
Trinket is a witch who is training to be a lawyer. She has a fiancé (human) who is not aware of her witch powers and she herself suppresses them. Her mother is bit of a vagabond witch notorious for getting into trouble.  Both mother and daughter are banished to Jagged Grove, a realm of supernatural beings, for being naughty and using their powers in sight or mortals. However, Jagged Grove appears to be a far cry from a peaceful law-abiding community..
Interesting but disappointing in my opinion